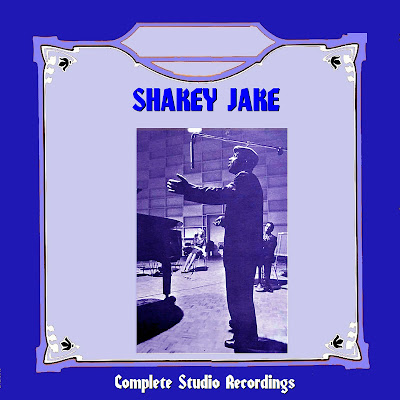 James D. Harris was born 12 April 1921 (or 1920) at Earle, Arkansas and raised on his parents' small farm. He came to Chicago still a teenager. There he listened to the numerous blues players of the Windy City and saw several times John Lee "Sonny Boy" Williamson who encouraged him to play the harmonica and sing the blues. He so started a musical career around 1945. With a warm and soft voice, he gained some recognition in Chicago clubs but always found a better way of living in working outside the music. Garage owner, taxi driver, cook, record label owner, strip club owner (and maybe a pimp!)... James earned his Shakey Jake's nickname as a noted gambler, shaking the dice (although some better informed people (?) once told me Jake was named "Shakey" by the numerous women he knew for his bedtime skills). Anyway, he resumed a full blues career during the 1950's in training, promoting, composing blues for and playing with his nephew, Magic Sam (Jake had just married Sam's aunt). Although he is not often credited for that, Shakey Jake played an important part in creating and defining the blues style that would be later on called "West Side Sound" and many of Magic Sam's songs were penned and arranged by his uncle.

Under his name, Shakey Jake recorded two singles in 1957 and 1958 and two odd full albums for the then fledgling Bluesville label that were very bad received at the time of being issued but that finally are aging rather well. German promoters of the first American Folk Blues Festival wanted another and more famous harp player, also a Shakey, Big Walter Horton on the bill but Willie Dixon who was at the AFBF wheel in Chicago didn't want Walter because of him being not very reliable and instead took Shakey Jake. Jake fared quite well on the very successful tour, befriended with T-Bone Walker (and even won his shoes on cards!) but turned down several offers to record and play more in Europe. In 1968, he toured and recorded in California for the World Pacific label and feeling that the L.A. weather suited him better than windy Chicago's, he settled in Los Angeles where he became a favorite of the local young blues bands like Rod Piazza or William 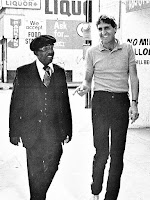 Clarke. He opened a club (Safara Club), launched a record label (Good Time), recorded with his protégés. But the times were hard for Jake who lived in a very bad and dangerous area and had to sell discarded paper and cardboard to recycling centres for his bread and butter.

Quite ill during the late 1980's, he finally came back to Pine Bluff, Arkansas where he died on 2 March 1990.
He leaves us a nice blues heritage. We have gathered here almost all of his studio recordings that thus do not include his AFBF 1962 performances which are easily available elsewhere on CDs.
Gérard HERZHAFT 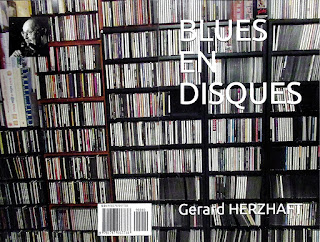 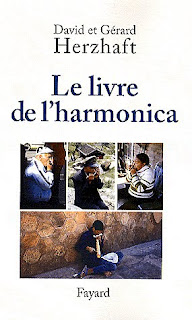