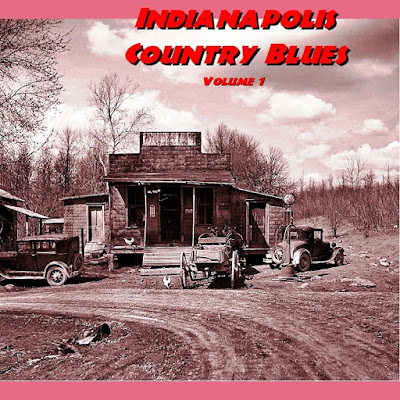 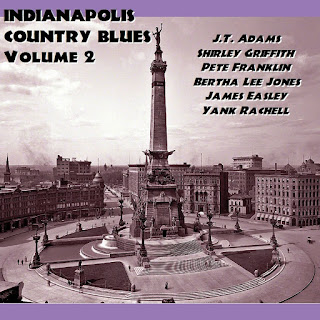 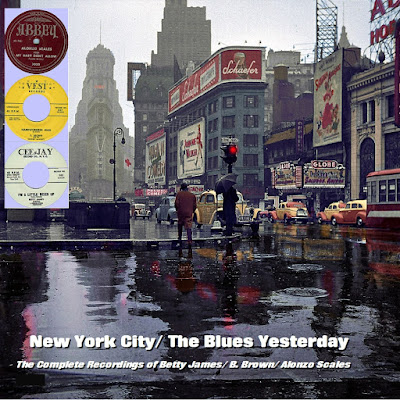 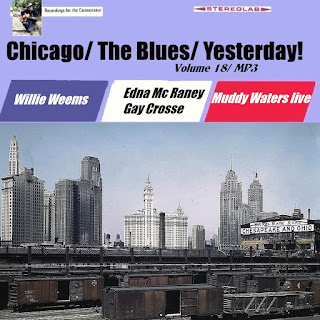 Let's go for another trip to Chicago blues (yesterday of course) with, this time, three mostly obscure artist.

Willie Weems was the lead guitar player of the Soul act, The Dontells/ The Turks (with singers Nate Pendelton and Leroy Dandridge) who recorded in Chicago for Daran and Vee Jay. But Willie recorded only one 45 under his name, the mostly instrumental Greens (Onions!)/ Stuff time. We have here also included another single waxed the same year under the "Singing Sam" tag with female singer Kitty Grove. Apparently, Willie died in Saginaw (Michigan) some years ago.

Singer Edna Mc Raney (from Covington, Ms) was a member of the Jackie Brenston and Eddie Johnson's bands, recording with each. She was featured in several Chicago clubs during the early 1950's. Outside this, the facts about her are sparse and her whereabouts and life are mostly unknown. Here are all the known tracks she recorded with, unfortunately, only a fragment of Yes, I know. (Thanks for anyone having the complete title and willing to share)

Bandleader and tenor sax player Gay Crosse is mostly known for having hosted a young John Coltrane in his band during some months in 1951-52. Born in Mobile, Al. 15th August 1916, Celestra S. Crosse moved to Cleveland during the early 1930's, learned the saxophone, was strongly influenced by Louis Jordan and formed a band which played in many clubs and venues in Cleveland, Cincinnati and Chicago where Gay Crosse and His Good Humor Six recorded several sessions for King, Mercury (much sought after titles) and RCA-Victor. He then tried his luck (this time with Coltrane in his band) in Philadelphia (waxing one session for Gotham) and then Nashville, recording his last most well known session for the Republic label. But the success eluded him and he disbanded his Good Humor Six around 1955, opening the Gay's Drive in Bar B Q restaurant in Cleveland where Gay was also the cook! But the musical bug was strong enough and Gay Crosse resumed his band during the 1960's playing regularly in the Cleveland clubs and venues until his death on 9 March 1971.

Last but not least, and as a special bonus for you, we have a part of the Muddy Waters' concert hold in the Roman Theatre in Lyon (France) before an audience of 4000+ in July 1979. I was strongly involved in this special event, helping the Scorpio Agency (until then dedicated to Rock groups) to gather a line-up of the best bluesmen available (we had then the opportunity to feature Sugar Blue, Luther Allison, Taj Mahal, B.B. King and of course Muddy on a show which started at 7. PM until 3 o'clock in the morning) and I was backstage most of the time, chatting with all those great people until 6.00 the next morning. Muddy who had to go to London the next day, and liking so much to be in B.B.'s company, didn't bother to go to his hotel and quit the festival just to take his morning plane!
Thanks a lot to J. Charles for providing those very rare (and very good) live tracks. Thanks also to Mr Mightygroove and his excellent blog http://soul-in-groove.eklablog.com/.