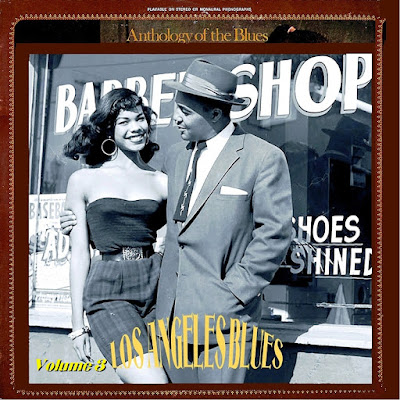 We start this third volume of our Los Angeles blues series with pianist (and not guitarist as it is written in Blues Discography) Memphis Eddie who was already featured in Los Angeles blues Volume 2. But thanks to our friends Mike & Mike from Australia, we now have the complete recordings of this fine artist. Memphis Eddie Pee is in fact Eddie P. Johnson, born in Hughes (Ark) 16 April 1919 and died in Los Angeles on 16th June 1963. He remains an almost unknown although he has recorded several 78s for Globe, Foto and RPM between 1945 and 1950.

Blues Taylor is Johnny Taylor who recorded a handful of tracks in 1949 for Capitol and Blue and another batch in 1954 for the Hollywood label. Contrarily as one can read on so many websites, this Johnny Taylor has nothing to do with the others bluesmen of the same name.
Rickey Jordan had a brief career in the mid-1940's as a blues and jazz singer, seeming to be the featured vocalist of the bassist Vivien Garry all-girl band in the Los Angeles area. May be a white cabaret singer, Ricky has a strong and swinging voice and it's too bad she recorded so few.
Bobby Nunn was born Ulysses Nunn in Birmingham (Alabama) on 20 September 1925. He started a boxing career while serving at the US Air Force. After his discharge in 1947 he settled in Los Angeles and started a musical career, singing, performing and recording with The Robins as well as a duet with Esther Phillips. He also recorded under his own name in 1949-50 for several independent West Coast labels. Nunn died at his Los Angeles home on November 5, 1986.
Thanks to Mike & Mike, John S. and the ever faithful Jose Yrrabera for sharing some of the rarest tracks inhere.
Gérard HERZHAFT 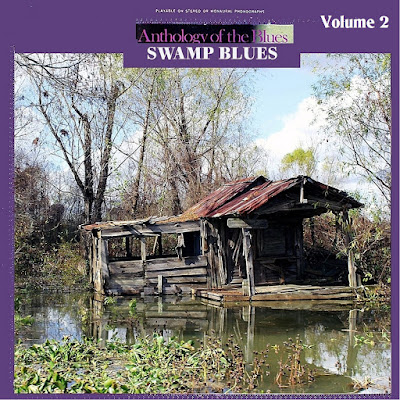 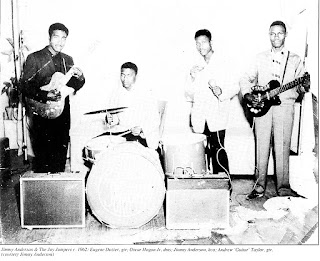 As already said, the so-called Swamp Blues style is largely due to the wise hand of producer J.D. Miller.
Born in Iota (La), May 5th, 1922, J.D. Miller was a Gene Autry's fan and learned to play the guitar at 8 years old. The Miller Family came to live in Lake Charles in 1933 and then in Crowley. In that very strong musical area (local bands abounded), J.D. became a proficient guitarist and held a radio programme where he sang and played while advertising for local venues and products. He was also a regular member of several bands: Happy Fats' Four Aces with whom he recorded for the Bluebird label, Hackberry Ramblers, Riverside Ramblers. But after a meeting with Western Swing stars Bob Wills and Cliff Burner, J.D. turned to be more and more a jazz, Swing and blues fan. He also finished his studies to be an electrician, rightly thinking that it could help him in his passion for music. Miller, drafted during the war years, came back with war bonds. Then married with Georgia Sonnier, daughter of the famous Cajun accordion player Lee Sonnier, the couple opened their own shop in Crowley: M&S (Miller & Sonnier) Electrical C° that would soon house their famous recording studios.
Swamp blues n°2 opens with the complete Louisiana recordings of Jimmy Anderson. Born 21 November 1934 at Woodland, Ms, Jimmy spent his childhood in Natchez and learned the harmonica with Papa Lightfoot before falling into the spell of Jimmy Reed's records. While working in Baton Rouge, Jimmy formed his own blues band, The Joy Jumpers with Oscar Hogan on the drums, the son of Silas. This is thanks to Hogan that Anderson came to Crowley to meet J.D. Miller, beginning in 1962 a couple of recording years with some local Hits (Naggin' or Goin' crazy over T.V.). But the late 60's were lean years for the bluesmen, the African American public deserting the blues for other musical genres. When relocating in Natchez, Jimmy gave up the life of a musician for a secure job as a local police officer. But the bug was still there and, as Soul Man Lee, Anderson hosted for two decades a successful radio programme n WNAT. He acted also as a local DJ in several clubs. Rediscovered by Johnnie Allen, Jimmy resumed his stage presence for several successful tours overseas before a severe stroke forced him to retire. He died on 5 October 2013 in Natchez.
If Ramblin' Hi Harris and Blues Boy Dorsey are very good blues artists, their names were given by J.D. Miller years after they recorded for him. Their music was on tapes with only an "Anonymous" tag and were not issued at that time. Miller remembered them only vaguely. According to recent researches, it seems anyway more than possible that "Blues Boy" is in fact a well known bluesman from Rayville (La), Henry Dorsey.
Gérard HERZHAFT

Et pour les harmonicistes/ And for the dedicated harmonica players 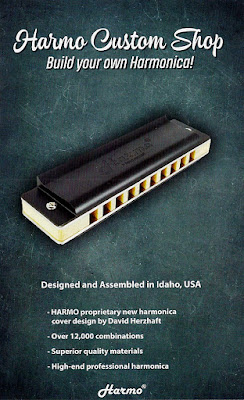 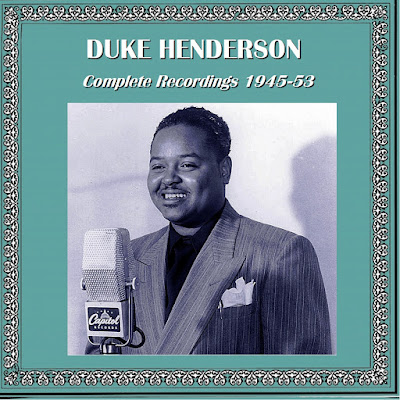 Despite his quite important numbers of recordings, Sylvester C. Henderson aka Big Duke aka Studs Henderson or more often Duke Henderson is largely undocumented. Very few (if none?) articles in magazines, few researches, only mentions in some books... the blues shouter doesn't seem to have raised a big interest among blues and R&B circles.

Born in Liberty, Mo. 5th April 1924, Sylvester whereabouts are not known. The facts are that Henderson was living in the Los Angeles area during the 1940's, singing in cabarets with several bands as a blues shouter a la Big Joe Turner. Duke was introduced to the Apollo label by Jack McVea in 1945, waxing a number of sessions for the label, backed by the cream of West Coast jazz and R&B musicians of the era (Jack McVea, Mingus, Gene Phillips...). Despite their high quality, those recordings were not commercially successful and Duke will have to wait almost two years before entering again in a studio, this time for Modern Records and backed by the Al "Cake" Wichard Sextette. Those once again great 78s must have been selling better because Henderson would be back in the studios quite often during the subsequent years. He recorded regularly for some of the best indies West Coast labels like Downbeat, Swing Time, Specialty, Imperial and until a final session for Flair in 1953. On all those records, Henderson displays a very "big" voice, emulating Turner for the better with strength, subtlety and drive. 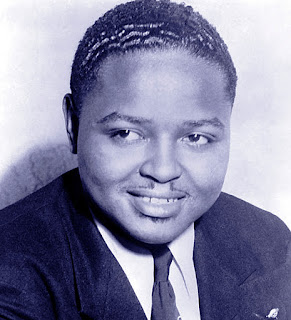 During the early 1950's, Big Duke turned himself into religion, putting down his blues shouter past. Under the name of Brother Henderson, he started a ministerial career, being a pastor of Bethany Apostle Community Church, preaching Gospel on several radio stations. At the end of his life, he was running a small record shop from where he was operating the Proverb label.
Sylvester Henderson died at his Pacoima, Ca. home on 9 April 1973.
This short article is largely based on Kirk Silsbee's liner notes and the essential book Blues/ A regional experience by Eric LeBlanc & Bob Eagle. Thanks also to bluesjumper 33 for providing us some of the rarest tracks here. Despite my efforts, I was still missing three titles by Big Duke. Thanks a lot to Mike & Mike from Australia for providing those three extremely rare tracks!
Gérard HERZHAFT

After he gave up R&B:, he recoirded as Brother Henderson's Spiritual Lambs:ca. 1955

I Made Up My Mind / Pass Me Not

A lot of thanks to Mike & Mike and Marv Goldberg for their help
Publié par Gerard Herzhaft à 12:41 27 commentaires: 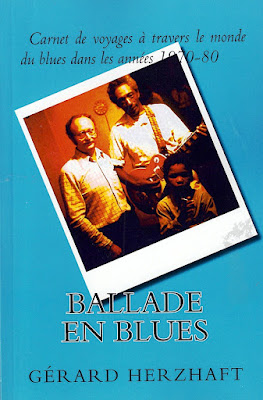 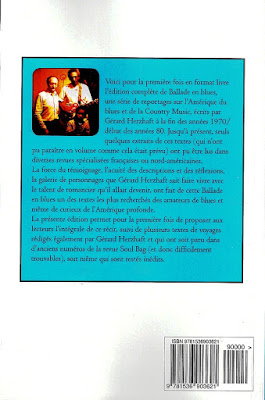