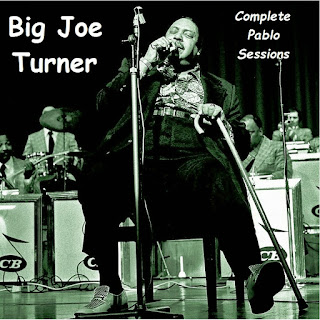 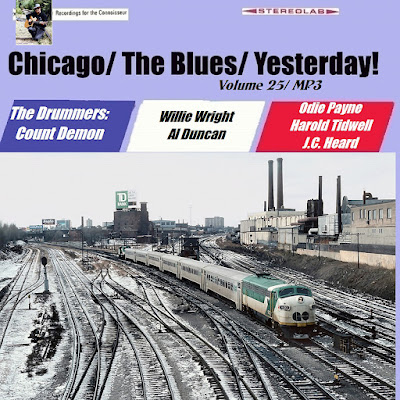 After a long hiatus, we are getting back to our Chicago/ The Blues Yesterday Series. This 25th (!) volume brings the focus on some drummers who played in or around during the great musical postwar years .

I don't know too much about Count Demon who led a driving R&B band based on Champaign (Illinois), a city at South of Chicago. His son L. Jennings posted some years ago some quick infos about his father who was very popular in the area. He was associated with famous organist Brother Jack McDuff who is probably (and aurally) the "High Priest" from the discographies. Whatever, Count Demon recorded some great 45s during the late 60's.

Drummer and bandleader Willie Wright must not be confused with the folk/ soul singer or the deep blues guitarist of the same name. This Willie Wright is from () where he fronted his own band The Sparklers during the 1950's/60's, recording several singles for Federal and then a whole album for Chess's Argo subsidiary. Among the singers of the group was the powerful Jesse Anderson (cf Chicago/the blues yesterday on this blog).

Al Duncan is a very well known name among blues fans for his long stint as a house drummer at Vee Jay or Cobra labels, particularly behind Jimmy Reed. Born Alrook James Duncan on 8 October 1926 he, if I'm right, recorded only two singles under his name. He died on 3 January .

Odie Payne is also very well known, having drummed for several decades behind some of the greatest bluesmen: Tampa Red, Elmore James, Junior Wells, Louis Myers, Muddy Waters and many others. Born in on 27 August 1926, he recorded some odd tracks under his name as well as a whole album in 1979, playing not only his drums but also taking the vocals and some harmonica blowing. The tracks in this post come from this rare album (thanks to Xyros for sharing this). Odie Payne died in on 1 March 1989.

Blues singer and drummer Harold Tidwell was active in and around Chicago during the 1950's/early 60's, recording with Detroit Jr, Syl Johnson, M.T. Murphy, Lillian Offit and particularly Earl Hooker who is the guitarist on the two tracks we are offering here.

At last J.C. Heard (1917-88) was a noted jazz drummer influenced by Jo Jones. He played and recorded with several jazz greats like Teddy Wilson, Benny Carter, Louis Jordan, Louis Armstrong, Duke Ellington, Dizzy Gillespie and such! He was more living in than in but it's in the windy city that he recorded his most bluesy tracks under his name. 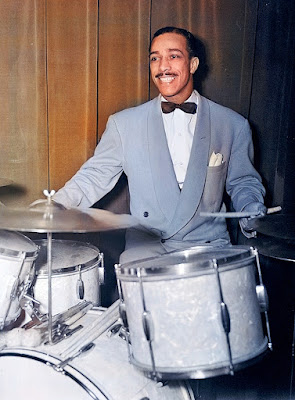 18. Blues blues all the time 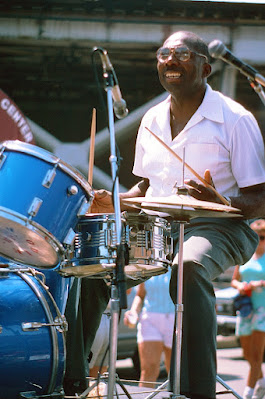 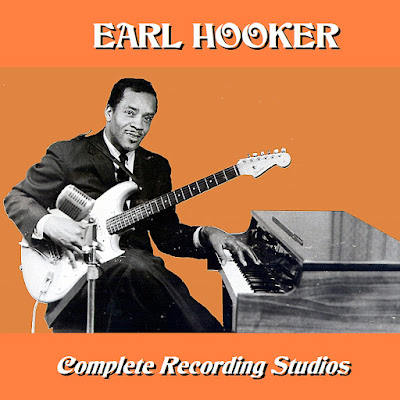 Although Earl Hooker was highly praised by his pairs, he never gained the recognition his talents should have brought him.

Earl Zebedee Hooker was born in Vance, Ms on 15 January 1929 or 1930, from Earl Jake Hooker (an uncle of John Lee Hooker) and Mary Catherine Blare. His family moved to Chicago during the early 1930's and young Earl suffered from a frail health all his life, contracting tuberculosis while a child. He took the guitar at 10 years old and quickly developed a strong proficiency, listening to blues, jazz and Hillbilly greats like Les Paul, a strong inluence on him alongside T-Bone Walker. With his friend and mentor Robert Lee Mc Coy/ Nighthawk, Earl started to play on Chicago street corners while a child and thereafter in clubs and venues.

After the war, Robert Nighthawk who was constantly going from Chicago to the South brought Earl with him, the two performing on almost all Southern juke joints from Mississippi to Florida. In 1950, Earl formed his own band with Kansas City Red on drums, trying his luck a little bit everywhere, playing in Chicago quite regularly. Able to play all kinds of music with the same technical ability and proficiency, from deep Delta blues a la Nighthawk to Country & Westerns instrumentals unto jazz and swing numbers, Earl Hooker was very often in the studios backing many artists and waxing some numbers under his name for a lot of labels: King, DeLuxe, Rockin', Sun, Chess/Argo, United, States etc... His main drawback was his voice, a little bit light and unexpressive and for which he had no confidence.

In 1956, Earl suffered a bad attack of tuberculosis and had to be hospitalized for a long time. He had to wait 1959 to be fully back on the scene and on the recording studios, this time pairing with Junior Wells who brought him to Mel London's Chief group of labels. Very impressed by Earl's talents, Mel put Earl as his house guitarist for a lot of sessions and artists like Wells, Lillian Offitt, Magic Sam, A.C. Reed, Ricky Allen, Johnny "Big Moose" Walker, Bobby Paxton, Betty Everett and others. Earl also recorded some instrumentals under his name, particularly the soulful Blue guitar which went to be a minor hit in Chicago. In 1961, Hooker also recorded some instrumentals for Chess that Len Chess used later on as the backing track for some Muddy Waters's numbers (You shook me and You need love)!

During the mid-60's Earl Hooker recorded his first album for the Cuca label (The Genius of Earl Hooker) with a strong Funk appealing mood. But once again in 1967, Hooker had to be hospitalized for almost a year and he thus couldn't capitalize to this LP. In 1968, Earl boldly formed a new and original band with his old friend Pinetop Perkins at the keyboards, Freddie Roulette on steel guitar, Carey Bell and Andrew "Blues Boy" Odom, a powerful singer in the B.B. King's mould. The band impressed enough Arhoolie's Chris Strachwitz who then recorded Earl, issuing the great now classic LP Two bugs and a roach. 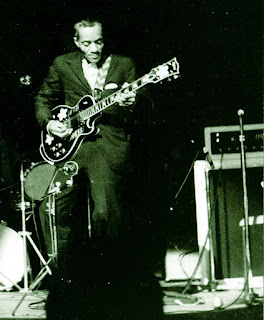 The album sold quite well among blues buffs around the world, allowing at last Earl to play on major festivals, recording several very nice albums for Blue Thumb (thanks to his old friend Ike Turner) and particularly Bluesway for which Hooker also was the lead guitarist on many albums by blues luminaries like Charles Brown, Jimmy Witherspoon, Johnny Walker, Brownie Mc Ghee & Sonny Terry, even pairing with his cousin John Lee Hooker on a memorable session (If you miss' em I got' em).

In October 1969, Hooker and a lot of Arholie's artists toured with the legendary American Folk Blues Festival (cf the entry on my blog), getting rave reviews. This was the only time I saw Earl Hooker (at the show) and he performed a very great set. But this very tiring European tour damaged even more Earl's health and he came back to very ill. Hospitalized again in December 1969, Earl this time never fully recovered, had to stay in a sanatorium a couple of months where he died on 21 April 1970.

A very accomplished and versatile major guitarist, Earl left us a very rewarding recording legacy. Sebastian Danchin who knew very well Earl wrote a nice biography of the man, from which I have taken most of this article.

Thanks to Steve W., John "" and some others friends for their help in gathering the complete studio recordings of this major artist.