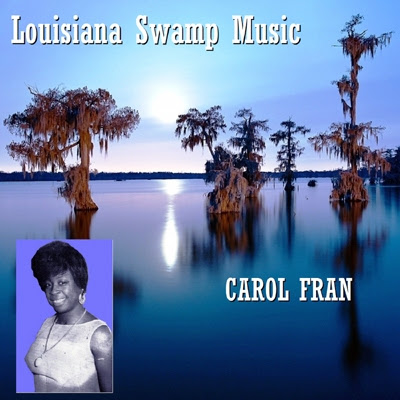 Carol Fran, certainly one of the Queen of the Louisiana Swamp blues, was born Carol Anthony Martin in the city of Lafayette, at the very heart of the Cajun country, on October 23, 1933. Her mother wanted her to be a classical pianist and Carol followed piano (and dance) lessons at a very early age. But as she told in an in-depth interview to Living Blues Magazine (n°116), she hated those piano lessons and instead lent an ear to R&B local and national acts, particularly Ella Mae Morse, Dinah Washington or Camille Howard.

Anyway, she was already a proficient piano player when, at just 15!, she started to play in the Louisiana clubs with the Don Coway Orchestra. Don encouraged her to sing and soon she was fronting the band and garnering good followings. Another step and Carol was hired by Bubba Lutcher's (brother of Nellie and Joe) agency from Lake Charles and she started to tour across the South West from Texas to California before settling awhile in New Orleans. There she sang in many cabarets of the French Quarter with many bands, those of Edgar Blanchard, Sugar Boy Crawford and even Guitar Slim, becoming a very favorite female singer of Bourbon Street and, of course, she married in New Orleans to saxophonist Bob François. She then dropped her maiden name and began a new career under the name of Carol Fran, thinking François was too difficult to pronounce in Texas or California!
A two years and fruitful contract with the main venue of Ciudad Juarez at the Mexican border and Carol was at last recorded in 1957 by the ever smart Jay Miller from Crowley who recognized in Carol a major talent. The nice swamp pop ballad Emmitt Lee, penned by Carol and issued by Excello was a modest local hit but the driving and witty Knock Knock enjoyed a wider success and the song is still a Swamp blues/rock classic.
Carol signed then a contract with the Lyric label from Lake Charles: The great pretender was a smash hit from Houston to New Orleans and Carol became a major New Orleans artist, singing at the Dew Drop Inn and the Sugar Bowl clubs and appearing with Earl King, Lee Dorsey, Joe Tex... This is on a tour with the Joe Tex Revue that she appeared in New York at the famous Apollo Theatre and signing with the Port Records label for which she recorded her smoldering Crying in the Chapel, an instant hit that would be very soon recorded by Elvis Presley. She toured the USA from coast to coast with the Joe Tex Revue until, tired of the hectic life on the road, she settled in Miami and around 1977 in Houston, to be closer to her kinfolks. At that time, the opportunities were scarce but Carol formed a duo with her second husband, ace Texas guitarist Clarence Holliman. Her early records having a great reputation in Europe, she was "re-discovered" by local producers and Carol and Clarence started to appear in festivals all around the USA and Europe, recording a string of mostly excellent albums for Black Top and JSP.
After the death of Clarence Hollimon in 2000, she was devastated but managed to pursue her career, touring Europe and recording a very emotional album Fran-Tastic backed by Louisiana guitarist Selwyn Cooper. She relocated in Lafayette, appearing in festivals all over the world and on records by Grady Gaines, Bob Corritore or Anson Funderburgh. She gained a National Endowment for the Arts Awards in 2013.
Gérard HERZHAFT
A lot of thanks to Benoit Blue Boy, Apesville and Mike K. from Australia for their help and loan of rare records. 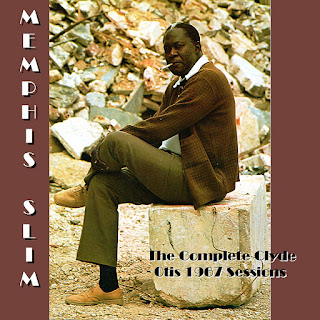 In 1967 ace pianist John Len "Peter" Chatman aka Memphis Slim was already living in France for 5 years and also remarried with a French lady. He was a very favourite of French and European scenes, either jazz or blues ones, was a regular at the Trois Mailletz, a Quartier Latin noted jazz club where Sorbonne's students (including yours truly) were gathering almost every evening. Memphis, a classy and smart Ambassador of the blues, was appearing in numerous French TV shows and even played some small parts in movies (for which he would also write the soundtracks) and of course was recording an enormous amount of albums, featuring him mostly as a solo act or just backed by his French drummer, Michel Denis or his fellow American expatriate Mickey Baker.

He seemed to be quite happy to live in France with his new family but of course he liked also very much coming back to the States ("I miss a lot of things from the States " he once said "even the US TV commercials"), particularly in New York City where he was still in-demand in folk and jazz clubs. 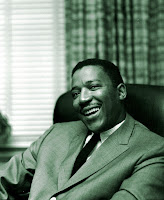 It's during one of those trips in June 1967 that jazz and R&B producer Clyde Otis proposed him to record with an all US jazz band composed of stellar New York City sessions men like guitarist Billy Butler, tenor saxophonist Eddie Chamblee, bassist Lloyd Trotman and drummer Herb Lovelle. For a couple of days, Memphis Slim and his band waxed more than 20 tracks, Slim seeming very happy to be backed again by such a great array of musicians. He was in fine voice and as usual a wonderful piano player, bluesin' and boogieing as hell, and he left also plenty space for his accompanists to shine.

We don't know for sure what happened really to those sessions. Clyde Otis was probably involved with more lucrative jobs or whatever... One 45 (Gone again/ Little lonely girl) was issued in 1967, selling very poorly and going nowhere, and the subsequent years several albums popped up here and there with some tracks from those sessions, sometimes re-titled, sometimes shortened (on the Beacon, Jubilee, Musidisc...). Even a couple of unissued tracks appeared decades later on CD!
But those very good Memphis Slim 1967 sessions were never completely gathered on one disc. This is what we have tried to do here, so enjoy and relax while listening to the one and only Memphis Slim in top form.
Gérard HERZHAFT

According to Peter Diedrichs, this compilation I have posted does not gather all the 27 tracks recorded by Memphis Slim during those sessions. 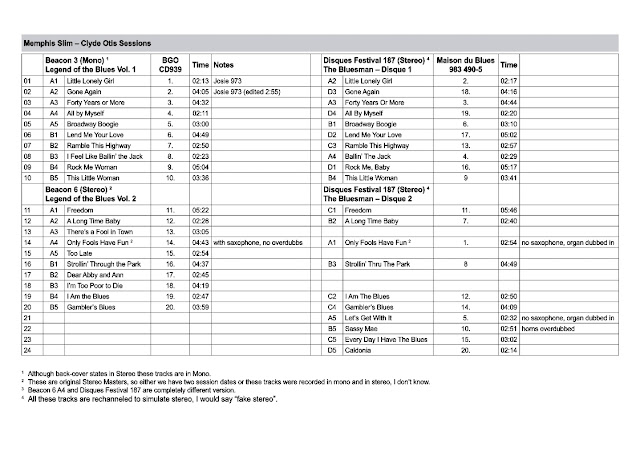 THE CLYDE OTIS SESSIONS/ 27 tracks
Thanks to Peter.