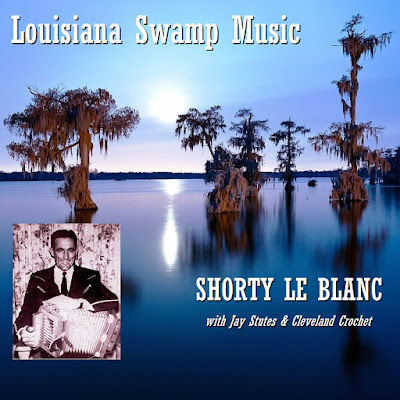 In 1960, Sugar bee recorded in Lake Charles by the locally renowned Cajun band of ace musicians: fiddler and leader Cleveland Crochet, accordionist Shorty Le Blanc, steel guitarist Jay B. Stutes, bass player Charlie Babineaux and drummer Clifton Newman climbed extremely high in the Charts, certainly the first major "hit" coming from Cajun country since "Jolie Blonde" and probably the first by a Cajun band itself. Under the wise direction of producer Eddie Shuler (he asked the band to sing in english for a possible wider appeal), the band proved able to keep the deep feeling of Cajun Music while adding a Rock'n'roll backbeat, a driving steel-guitar lead and accordion solos sounding like a blues harmonica plus devastating vocal by Stutes.

As Shuler told to author John Broven: " During the session... the wailing sounds (that blasted) over the speakers told me the record was chartbound ".
At first, the local radio stations didn't want to airplay Sugar bee. " I had all kinds of trouble trying to some airplay... I took it to the stations in Lafayette and Baton Rouge but they said it didn't have the right sound... it wasn't Cajun! In desperation I took it to Beaumont where I hoped KJET, a colored station would help with Clarence Garlow as the DJ... the result was like a snowball going down a mountain. It just got bigger and bigger... ".
In the british pioneer blues magazine Blues Unlimited, Mike Leadbitter wrote in April 1963 a rave review of the record: " Singer is a guy named Jay Stutes whose hysterical shouting vocals and powerful steel guitar make this Cajun-cum-R&B disc into a masterful solo performance. The roaring accordion backing is by Shorty Le Blanc " 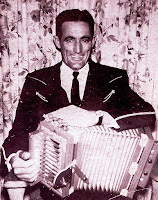 Vorris "Shorty" Le Blanc was born 24 December 1923 in Lake Arthur (La) from a large family of nine children, almost all playing an instrument. The father Jules Le Blanc was a noted accordionist who played regularly on fais do-do (literally "go to sleep" because the large dance floors had an upper room where the children were sleeping, watched by their grandmothers while the parents danced and drank all night) and brought Vorris with him at an early age. After discharged from the Army during the war years, Shorty Le Blanc married Ruby McGee and worked as a machine shop worker while fronting several bands. Sugar bee made it possible for Le Blanc to make a living from his music a couple of years, recording under his name or as a backing musician for Country stars like Jimmy C. Newman. Unfortunately, Shorty Le Blanc died in a car crash on 25 May 1965 at the early age of 42. 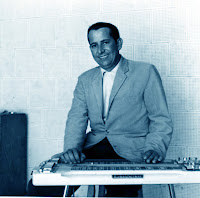 The great singer and steel guitarist, occasionally drummer and bassist Jay Stutes (Jesse Llyod Stutes Sr) was born on 7 September 1933 in Morse (La) and was most of his life a truck driver while playing during week ends. His fiercery vocals and stinging steel guitar must be largely credited to the artistically and commercially success of Sugar bee and most of the tracks he recorded with Crochet, Shorty Le Blanc or under his name. During the 1970's he joined Blackie Forester and the Cajun Aces and recorded with Joel Sonnier. He died in Jennings, La. on 19 May 2000. 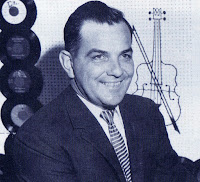 Fiddler and bandleader Cleveland Crochet was born on 30 January 1919 in Jennings, La but moved to Lake Charles at an early age. He made a living as an ironworker playing music during the week ends. He was the leader of The Hillbilly Ramblers when they recorded Sugar bee for Eddie Shuler. He recorded again during the 1960's but played mostly on local clubs or fais do do. He died in Lake Charles on 28 November 2011.

I borrowed many infos for this article from the essential John Broven's book South to Louisiana/ The Music of the Cajun Bayous.