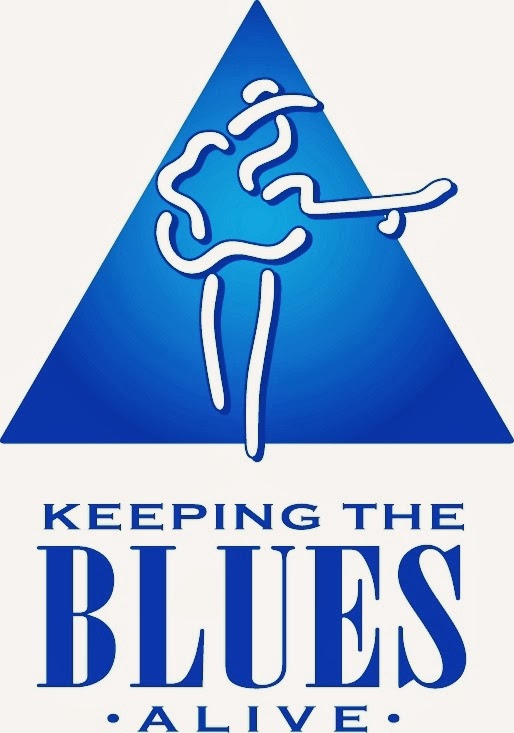 Ladies and Gentlemen, Dear friends of the blues,

It is with a lot of pride that I'm receiving this Keeping the Blues Alive Award from the Blues Foundation 2014.
It has been a long road from the first time I met the blues in France to this Memphis ceremony. I guess it started during the late 1950's when I was a teenager. Those were the Rock'n'roll years even in France and it seemed that the real blues, which was of course one of the pillars of it all, was in small doses coming to us.
I remember when I got my first blues record. We had a party to celebrate the eve of summer holidays and we were dancing to the sounds of our 45s that were relentlessly playing on an old battered record player. And shaking the floor like we did was also shaking the records a little too far sometimes. Among those damaged was one of my 45. Behind my worried look, the friend who hosted the party offered me to swap my record with one of his. I agreed and this is how I got a Lightnin' Hopkins EP. I had never heard about such a strange name and I strongly suspected my friend to be too happy to get rid of a record he didn't like!
At first, I didn't like it either: four titles in the same strange mood. Fortunately, I hadn't too many records at that time and Hopkins came rolling again and again on my record player. And the more I listened to this strange music the more I was hooked on it. There was anyway a strong similarity between what I was accustomed to listen to and Mr Hopkins, but he had something more. This was music with incredible feeling, depth and guts.
" The blues got after me and never let me be...". I could have made those lyrics my own because after that encounter I became a blues fan, searching everywhere for any blues record, tracking any information about it. After that I went to England where there were more blues records, some American blues acts too. I met some other staunch blues buffs, some of whom have become rock stars... I started some tentative writing for the very few magazines that were dealing with the blues.
A greater shock would be when the American Folk Blues Festival tours started in 1962. It was so exciting to be able to see at last bluesmen that were for me mostly just names on records... Suddenly, John Lee Hooker was moaning his blues just behind me and he was still quite young! Muddy Waters, Howlin' Wolf, Big Joe Williams, Sleepy John Estes, T-Bone Walker and many more were playing and singing the blues for real!
At that time, it was very easy to meet and chat with those artists, especially when you were bringing them a bottle of Cognac. Then I discovered that those who, for me, were Mozarts and Beethovens were fighting for bread and butter in their home country and were not very often recognized as artists. And one thing that was particularly stunning was the impression that I already had met those people through their records... The music was great and full of feeling because the musicians had lived exceptional experiences and had the ability to share them with us through their blues.
I then decided to try to bring them the recognition they so much deserved. This was how I began to write books and articles about the blues and the bluesmen, searching everywhere, meeting other researchers, going to the USA first in 1968, then in 1973 and after that quite regularly, gaining two Fullbright Grants for my studies in 1979 and 1985.
Many people helped me to understand the real soul of the blues and I would like to express them my full gratitude: David Evans who brought me in the juke joints of the Delta, an unforgettable experience, was certainly one of the most crucial of those helpers; Barry Lee Pearson, Bob Koester, A.E. Schroeder, Kenneth Goldstein, Bill Mitchell, Jim Griffith and too many generous others to be fully cited.
I also would like to thank all those who made it possible for me to receive this award today, particularly my friend Jacques Périn, founder of the Soul Bag Magazine, my brother Cisco who was here in Memphis two years ago, France Blues and Jean Guillermo who were so instrumental for my "cause" and of course all of you here at the Blues Foundation who, year after year, act strongly for the blues to be considered as a major art form.
Thank you, deeply and sincerely, to you all.