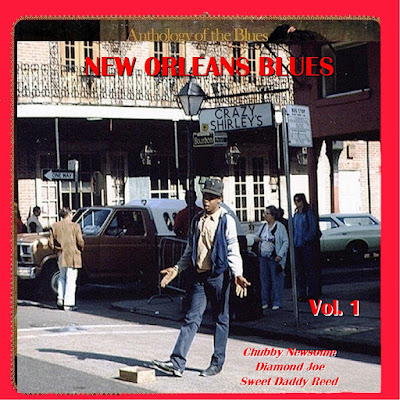 This new series is dedicated to some not very well known blues singers from or related to the Crescent City but who have nevertheless recorded some very fine music.

Chubby Newsome (or Newsom) was born Velma Williams (and not Velma Nelson as some sources wrongly write Velma Nelson is a different artist from Los Angeles) on 27 January 1920 in Wilburton (Ok). She started singing in Detroit with the King Allen and His Royal Sultans' band and after the war under the nickname "Chubby" (probably for her curvy figures) Newsome or even "The Bombshell of Blues" in many Detroit R&B clubs, including the Club Sensation. She then toured a lot around the States, appearing in clubs and concert halls in New York, Buffalo, Dayton, Cincinnati, Memphis and such... She relocated herself in New Orleans in 1948, her acts being celebrated by The Louisiana Weekly (2 October 1948) as "Chubby Newsome Motor City Rage now in Dew Drop Show"! During her stay at the Dew Drop Inn, Chubby was noticed by pianist/bandleader Paul Gayten who brought her at Cossimo Matassa's studio for her very first recording session that gave the hit 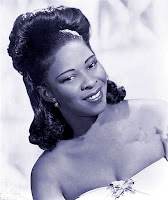 Hipshaking mama which climbed to the Top 10 in New Orleans, Washington DC and Atlanta. The following years saw Chubby Newsome touring the country (up to appearing at the Apollo Theatre alongside Wynonie Harris) and recording constantly either in New York or in New Orleans where she was, by far, one of the most sought after act. Around 1953, she teamed with Detroit singer Alberta Adams, launching a comedy act under the name The Bluezettes. She recorded a last session in 1957 in New York, still appearing at the Apollo during this time. During the early 60's, she dropped the exhausting life of a touring artist and stayed in her Detroit home, singing only sporadically in local clubs before relocating herself in Kansas City around 1983. She died there, largely forgotten by the blues world, on 12 September 2003. Her obituary in the Kansas City Star didn't even mention her former big success as a R&B singer.

Diamond Joe is generally more considered as a Soul singer but most of his records are largely blues oriented. He was born Joseph Maryland in 1936 at Houma (Terrebone Parrish, Louisiana). His whereabouts and life are largely undocumented although we know that he was a US Air Force veteran and that he recorded a string of very fine 45s in New Orleans during the 1960's, produced by Allen Toussaint who is certainly present on all his sessions. He drifted into utter obscurity after that, being reported living without incomes among his family in Houma where he died September 2, 2010.

And then the mysterious Sweet Daddy Reed (James Reed Jr) could be, as some has written, Louisiana singer Dalton Reed who recorded a couple of very fine albums for the Rounder label during the early 1990's. This Reed died of a heart attack on 23 September 1994. But at that time, the very identity of Sweet Daddy Reed remains questionable. Here is anyway this quite rare 45s.
Gérard HERZHAFT

Thanks a lot to Marv Goldberg (from whom I picked most of the Chubby Newsome's bio details) and Fonsoul who posted the rare Sweet Daddy Reed 45 on his first rate YouTube channel.