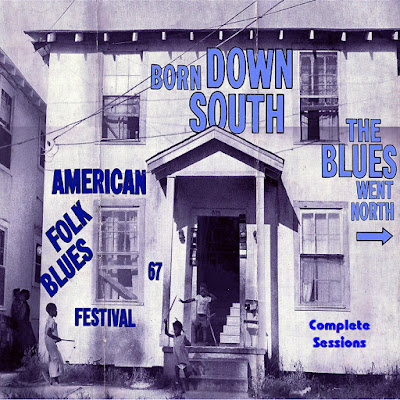 In 1967 the American Folk Blues Festival tours of Europe were well established and much sought after by blues buffs all over many countries of Western and even . The 1967 edition – which wasn't advised by Willie Dixon anymore – took the task to expose some of the major "rediscovered" Delta blues legends who, thanks to bold researchers, had been lifted from retirement and obscurity directly to major American acoustic blues festivals of the early 1960's. Son House, Bukka White and Skip James were proudly announced at the top of this very exciting lineup of the 1967 tour.

If Bukka was great (as always), an extraverted showman, Skip James was a little bit shy and with his high-pitched voice not always well received, Son House was the great winner of the shows. Utterly and deeply involved in his blues, shouting, sweating, lost somewhere between the Delta and , he appeared to the European audiences as an unbelievable blues giant. In the concert, the PA system went down at a time while Son was still preaching his blues. He didn't seem to notice the fact his microphone didn't work anymore and, the eyes closed, torturing his guitar with his slide, he shouted his blues the same way he would have been in a Delta juke joint 20 years ago.

The country blues part of the Festival was rounded professionally by old favorites Brownie & Sonny. Unfortunately the other half of the show that was dedicated to the electric blues was very weak and even an unexpected major flop! The main mistake of course had to enrolled Hound Dog Taylor who was of course a fine bluesman of his own, impersonating Elmore James's style but absolutely unable to be the lead guitarist of the show. The previous years had featured major lead guitar players like M.T. Murphy, T-Bone Walker, Hubert Sumlin, Buddy Guy and Otis Rush and the comparison was dreadful for Hound Dog. He also had never appeared on a concert hall and, in , he played almost all the time looking towards the curtains and showing his back to the audience! Add a clumsy and non blues bass player with Dillard Crum plus Little Walter who was angry at everyone and seemed to dislike the fact he was backed by musicians for whom he had no great consideration (I've heard that for some shows Walter rather played unaccompanied!), a very young and very shy Koko Taylor who also was unsettled with this backing band.

Anyway, the tapes I've been able to gather from this tour feature some great moments and also historic performances. 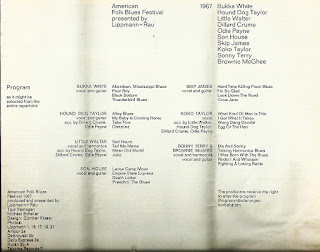 All titles recorded october-november 1967 over Europe, mainly in Germany 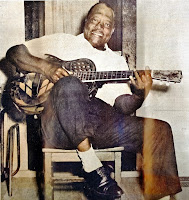 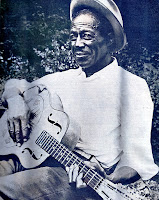 10. Got a letter this morning 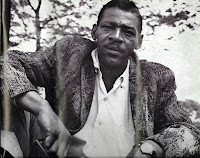 All photos are from my programme of the AFBF 1967 by Lippmann, Ambor, Dabrwosky, Dick Waterman 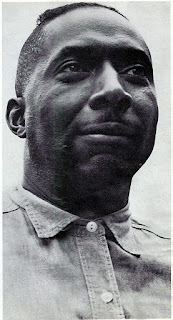 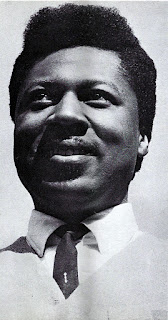