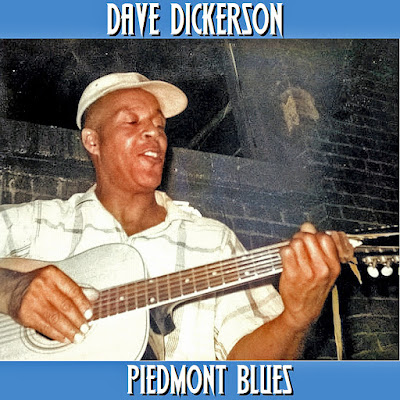 Here we have almost all of the recordings made by bluesman and songster Dave Dickerson, certainly a very obscure figure of the so-called fingerpicking Piedmont blues. All the few details of his life come from legendary British researcher and label owner, Bruce Bastin from his essential book blues. Bruce issued the only commercial recording made by Dickerson in 1967. All the other tracks in this post are unissued and were recorded live in April 1965 by Andrew Poly and Roddy Moore, director of the Blue Ridge Institute. Those are now at the Ferrum College Audio Archives. Thanks to all for allowing those rare and quite good records to be heard by blues fans all over the world.

Dave was born at Tip Top, , a few miles from the border on May, 4th 1913. For the era, he was quite educated, attending for 10 years at the in His family was very fond of the blues records of the time, particularly Blind Lemon Jefferson's and Blind Blake's that they bought by mail order. Soon, the young Dave learned guitar from those records and during the 1930's borrowed a lot from his very favorite, Blind Boy Fuller.

Around 1933, Dave Dickerson was making a living as a construction worker then as a miner for US Steel on various 's mines. He sang and played for himself or for friends almost every week end at parties and venues but never thought to be recorded or even trying to make a few bucks with his music, despite the fact he earned a great reputation all around.

In 1965, Roddy Moore who was heading the Blue Ridge Institute heard about Dave Dickerson, located him and brought him to play before the Institute's students, recording the concert. This gave confidence to Dave to play before wider audiences and he got a regularly gig at Balcksburg's coffeehouse where Bruce Bastin recorded The war is over in 1967. Unfortunately, Dave became very ill a few months after and had to give up playing. Dave Dickerson seems to have died a few years after but I have not been able to get an obituary or locate his grave.

04. I wrote you a twelve page letter

14. Darling you can't love but one

17. The preacher and the bear 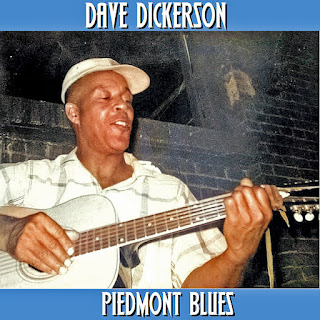