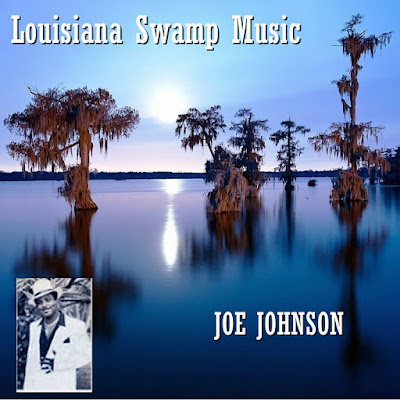 For this new portrait of 's musicians, let's put the focus on the singer and sometimes guitar and harmonica player Joe Johnson. It's certainly not an easy task for there are very few features in the Blues literature about this singer who, despite having recorded at least 18 tracks, between Swamp blues and Soul, has not been well documented.

Joseph Lee Johnson was born in , on January 9, 1942 but seems to have moved to at an early age. He started playing guitar and harmonica and singing with Guitar Grady's Strings of Rhythm R&B group around and clubs. It's probably through Grady that Joe Johnson recorded his first sessions in 1966 for Jay D. Miller at his Crowley's studio, two tracks being issued on the Abet label Dirty woman blues/ Santa bring my baby back to me. Two other titles, very much into the Swamp blues style, remained in the vaults for a decade before being issued by the wonderful British Flyright label in the 1970's.

But in 1967, Johnson's return to Miller's studio gave a very different musical mood: two Soul ballads in the Otis Redding's manner, particularly the vibrant tribute to Otis, Otis is gone. Those records, although not commercially successful, probably convinced Joe to lead his own band with which he recorded more Soul numbers. We found again Johnson several years later in the Malaco's studios in , Ms, recording for Wardell Quezergue, particularly the very good The blind man which was featured for a short time in some local Southern charts.

But this small success didn't last and Joe was back in , waxing some more records for small labels.

Joe Johnson seems to have given up his musical career in the early 1980's. According to Bob Eagle, Joe Johnson was a resident of Harvey, a small town, in 2010. We have not heard about him since that.

This Joe Johnson must not be confused with another musician Joe (D.) Johnson, a singer and guitarist who recorded also some fine blues during the 1960's.

Once again, most of the facts about Joe Johnson, come from the first rate website Sir Shambling, a goldmine of infos on Soul artists.

04. Santa bring my baby back