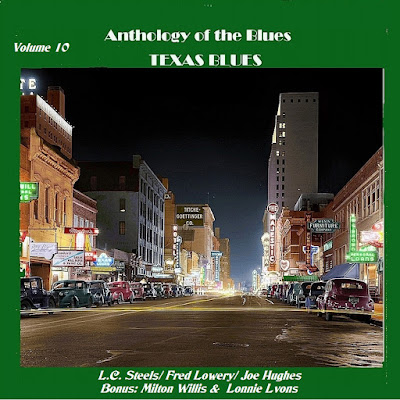 The 10the opus of our Texas Blues (Yesterday as usual on this blog!) is more focused on three blues artists who were also (or even more) soul oriented, although they waxed some excellent blues tracks.

L.C. Steels is mainly known by blues buffs from his great rendition of Magic Sam's instrumental Looking good. But he recorded also a handful of records on his own Steels label that he operated from his Fort Worth home based Steels Record Shop. Those tracks are very often soul blues of high quality. During the 1970's L.C. Steels turned exclusively to Gospel, having his own radio show and recording many Gospel cuts and even crafting a Gospel album with his son L.C. Steels Jr (who could be the lead guitarist on his father's recordings) when he died from Lou Gehrigs disease in 2002. All these infos come from the first rate website Sir Shambling who went in touch with L.C. Steels son and family, thus providing first hand facts.

Once again all I know about singer and guitarist Fred Lowery comes from the indefatigable Sir Shamblin'. Fred Lowery was the arranger, lead guitarist, writer and sometime singer with more than a hint of Bobby Bland's influence for sax ace Willie "Big Bo" Thomas who recorded a lot of successful dance numbers during the 60's. Lowery recorded also under his own name a dozen of tracks from which we have kept the bluesiest ones. His bio whereabouts are unknown to me. And he certainly not be confused with the white pop and whistler Texan artist of the same name. 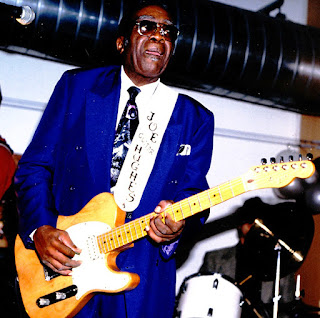 Then we have the blues singer and guitarist Joe Hughes (born 29 September Houston) who is quite well known for his later great albums for several labels, Black Top, Double Trouble, Munich Records etc... Strongly influenced by T-Bone Walker, Joe started his career as a member of the Dukes of Rhythm alongside Johnny Copeland and later on as a member of Grady Gaines and the Upsetters, a rocking and rolling band which backed Little Richard and many other R&B and Soul acts. As his albums are almost only blues, his former 45s that Hughes recorded for small local outfits are more in a Soul blues vein. His 1980-90's albums paved the way for numerous European tours. Joe Hughes died in his home on 20 May 2003.

As a bonus we have included some tracks by Lonnie Lyons and Milton Willis that were missing on Blues/ Volume 9. Thanks to our friend Mike from for providing those rare numbers.

(This Boogie chillun is by The Nitehawks, a Revival band from Illinois. The track was included as a flip of a "reissue" of a title by Big Bo & The Arrows featuring Fred Lowery and that mistook me. Sorry. Anyway, the title is not bad, so I let it on this comp. Thanks to Ballas)

You think you got it made

BONUS TRACKS (complement to Blues Vol. 9) (Thanks to Mike from )