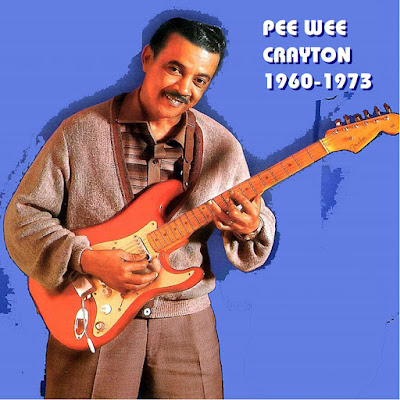 If the recordings from the late 1940's and 1950's by one of the master of the Texas-California guitar blues style, Pee Wee Crayton have been well reissued and are generally still easily available, it's not the case of his later works, whether his last 45s from the 60's or his 1970's albums from his "rediscovery" years. 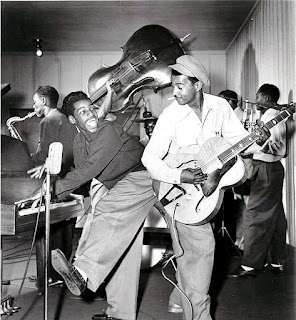 Connie Curtis (aka Pee Wee) Crayton was born 18th December 1914 at Liberty Hill () not far from where his family moved while he was a child. In 1935, Pee Wee Crayton moved to and then where he worked in the local shipyards. Largely inspired by T-Bone Walker and John Collins, Nat King Cole's guitarist, Crayton started to play guitar in local clubs while he was still learning his instrument. He recorded his first 78's in 1948, hitting instantly with instrumentals like Blues after hours and hop. After that, Crayton recorded prolifically during the 1950's for a lot of West Coast based labels like Capitol, Aladdin, Imperial (sessions in New Orleans with Dave Bartholomew's band). During this decade, Pee Wee crafted his own guitar style, being one of the top West Coast blues guitarist. He also handled nicely blues vocals with a smooth and smoky voice that pleased to his female audiences.

But the 1960's were lean years for all the West Coast bluesmen, their style seeming a little bit old fashioned for the young African American audience and too sophisticated for the fledgling blues revival audiences all over the world much more enthralled on the raw Delta and blues. Pee Wee managed to record for small labels with low distribution and small sales like Jamie, Guyden, Edco or Smash but had to make a living out of music. Happily, in the late 60's, Johnny Otis took Pee Wee in his "Johnny Otis Show" a band of veterans R&B stars. He then resumed his career, appearing in major jazz and blues festivals like 's. And recorded several albums that opened him the gates of the European scenes.

We have gathered all his early 60's tracks (minus one that we were unable to find) plus his two LP's from the early 70's.

07. All or nothing at all (vcl: Esther Clayton)

36. Don't forget to close the door