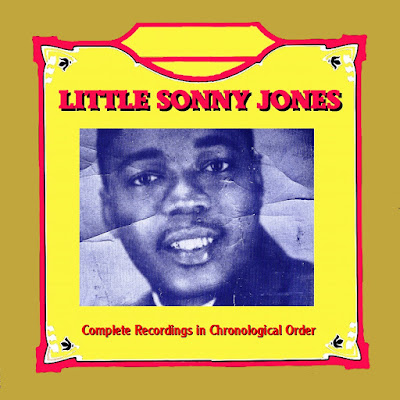 Little Sonny Jones is certainly not a major and well known figure of the New Orleans R&B scene and his musical career never hit very high in charts but he has nevertheless recorded a nice amount of very good or even excellent tracks, strongly representative of the great New Orleans sound of the 1950's.

Born Johnny Jones, 15th April 1931 in the Jane Alley section of New Orleans, he lived near Louis Armstrong's home and heard at a very early age pianist Little Brother Montgomery who had a regular spot around. He thus developed quite early in life a great interest for music and started to sing in his mother's Church choir when still a kid while he also sang at many famous New Orleans Saturday Night Fish Fries, those open parties with lots of food, drinks, music and revelry, a red kerosene lamp indicating which houses were hosting this very night!
At the age of sixteen, Jones is taken under Fats Domino's wing who even gives him his "Little Sonny" nickname. For years (in fact until 1961), Little Sonny would open for Fats' shows as a warm-up act. This is probably thanks again to Fats that he starts his recording career in 1953 with a single for Specialty and the following year with two more for the Imperial label. Although very good, those records go nowhere and Little Sonny stays in Fats Domino's shadow while trying to launch a more personal career under the nickname Skinny Dynamo without more luck anyway. In 1961, tired to be just an opening act, he leaves Domino to join the Lastie Brothers, Dave and Melvin, singing in front of their band which is a favorite of New Orleans' clubs. Until 1968 when, completely disappointed by his lack of success in music, Little Sonny quits completely the music business to make a living on the more steady and secure sugar industry. 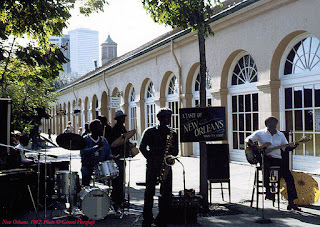 In 1975, following a tip from Clarence Ford, Sonny is "rediscovered" by the Danish label CSA, specialized in recording New Orleans jazz and he waxes an LP with an array of first rate local R&B stalwarts. This excellent record will be later reissued twice on CD by Black Magic and Black Top. But once again the record doesn't open any door for Sonny who sticks to his daily job while singing regularly with the new Lastie Brothers' band, A Taste of New Orleans and appearing almost every year at the famous New Orleans Jazz & Heritage Festival. I had the chance to watch his act and chat a little bit with him while in New Orleans in 1982 and I can tell that Little Sonny's big voice and showmanship were absolutely first rate.
Unfortunately, Sonny Jones died at the early age of 58 from a heart attack at his New Orleans home on 17 December 1989.
His complete recorded works are offered here for the first time, minus one elusive track (thanks by advance to anyone who would like to fill this gap) and show how a very nice R&B artist was the too neglected Little Sonny Jones.
A lot of thanks to Xyros (Don't ask me...) and bopping blogs for providing me some rare early tracks. And thanks to Terry Pattison for his liner notes (on Sonny's LP) that I have been widely using over here.
Gérard HERZHAFT