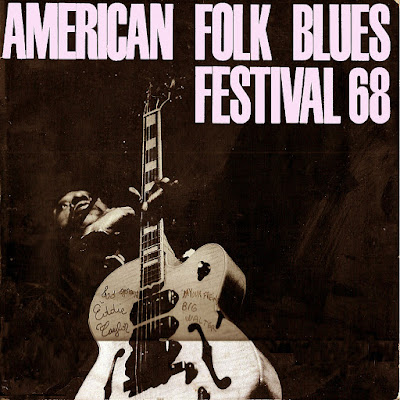 For the 1968 American Folk Blues Festival European tour, German promoters Lippman and Rau had given to producer, promoter and bandleader Al Smith the task to form a lineup of artists, almost entirely based on Al's roster of bluesmen he had under contract. At that time Al who had been one of the main A&R man at Vee Jay, had launched his own companies like Torrid, Blues on Blues (BOB) and recently Bluesway. Al Smith had just been beginning a several years collaboration with ABC, recording many first rate LPs by several big blues names who had signed a contract with him: John Lee Hooker, T-Bone Walker, Jimmie Reed, Big Joe Williams and a lot of lesser names but certainly not lesser talented.

So it was natural that those blues stars would form the line up of the AFBF 1968 tour. After the near disaster of 1967, the backing band this time was first rate with guitarist Eddie Taylor, longtime Reed's accompanist (and largely responsible of the best moments of Reed's career), impeccable bassist and drummer Jerome Arnold and J.C. Lewis. Plus the great harmonica of Big Walter Horton who had already been on the AFBF 1965 lineup. Roosevelt Sykes (a long time friend of Al Smith) who was at first scheduled, couldn't appear and was replaced by Curtis Jones who at that time was living permanently in . 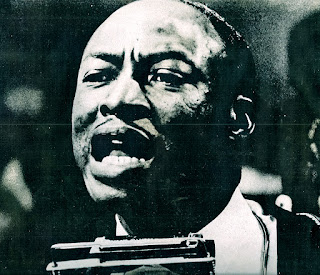 The show that I attended in was certainly one of the very best among all of those AFBFs. Everybody was in great form except Jimmy Reed who, probably drunk, stumbled on stage, only saved by the always reliable Eddie Taylor. Big Joe Williams that I never saw less than excellent, was at his greatest this evening. At first, opening the show and the spotlights being badly adjusted, Big Joe, sitting on his stool, tuned his guitar for a long while. His charisma was such that the audience, completely mesmerized by this giant of the blues working on his old battered and well worn 9 string guitar, didn't make a single noise. Suddenly, Joe got up of his stool and wiping his face with a huge handkerchief, asked loudly: "Is somebody out there?". After a great round of applause he whispers " Ah, you 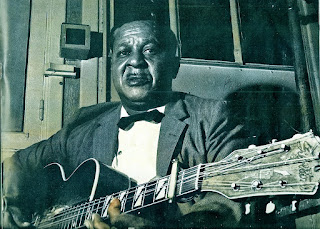 are here!" and he got back on his stool and started to deliver a masterful set. Walter and Eddie Taylor and the band were extremely tight. T-Bone was his usual great and John Lee Hooker, now a big favorite of European stages since 1962, also delivered one of the better set that I've seen from him. The finale was very exciting with T-Bone alternating guitar and piano while Hooker rocked like hell, finishing dancing frantically on stage while the band was following every of his movement. 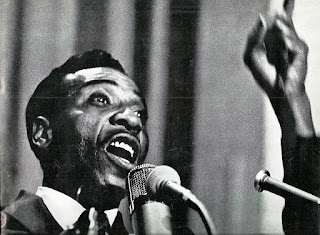 Unfortunately, 1968 would be the only AFBF without a record issued! Apparently there were disagreements between German promoters and Al Smith and Al, having almost all the artists under his wing, took back to the all the recordings with the idea to issue a double album of the tour on Bluesway in the future. Why didn't this happen? Anyway, Al confirmed this to me when I interviewed him lengthy some months before his untimely death. Those tapes (many hours of it) are somewhere in some unknown vaults with many still unissued Bluesway sessions that Al showed me by Floyd Jones, John Littlejohn, Big Walter and many others. 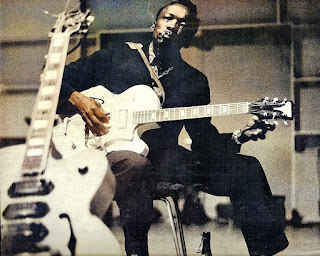 So, I've modestly tried for this post to gather whatever possible from this great tour and give a glimpse of what happened during this very successful tour.

All tracks recorded in October 1968

07. It serves me right to suffer