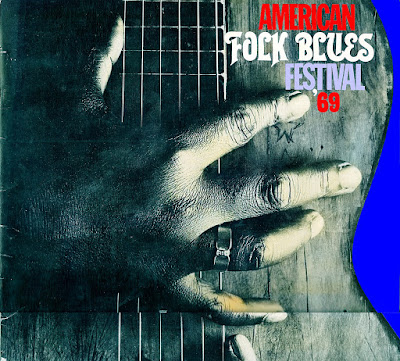 After Al Smith in 1968, the line up of the AFBF 1969 European tour was once again given to a blues producer. This time it was the great Arhoolie's founder and manager Chris Strachwitz who also introduced on stage each artist, mostly bluesmen who had recorded on Arhoolie with the exception of Magic Sam and Carey Bell.

The show which I attended was quite good with Juke Boy Bonner starting with several of his own compositions and some Jimmy Reed's numbers. As far as I remember, Alex Moore appeared a little frail and, alone on the big concert stage, seemed to be hidden behind his piano, playing more for himself than for the audience. John Jackson followed, certainly the first Piedmont style bluesman to grace those AFBF's. I will have the opportunity to visit Mr Jackson ten years after at his home near Washington DC and he remembered this tour fondly but apologized himself for being too restrained and shy at that time before an European audience that he didn't know previously. 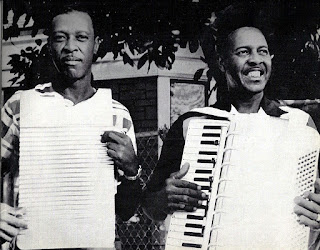 Clifton Chenier and his brother were their usual excellent showmen, introducing himself in French and mocking Chris Strachwitz who "sait pas parler français, le pauvre gars" (can't speak French, the poor boy!).
Earl Hooker lighted the stage on fire with several instrumentals, displaying a dexterity on his double neck guitar that stunned the audience, singing some numbers with a young Carey Bell who was at that time mostly unknown but blowed like hell. 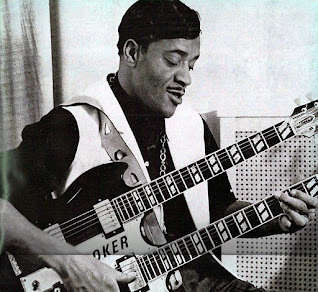 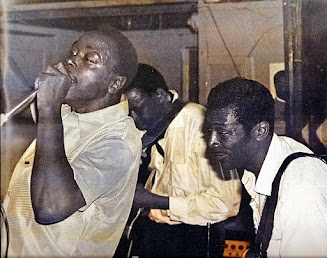 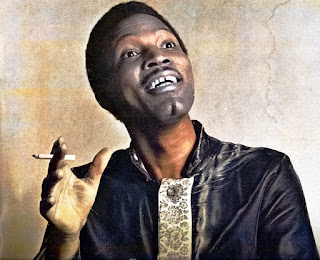 Magic Sam closed the show with his trio and played a wonderful driving set that started a thunder of applause. I chatted a little bit with him and he told me to come to visit him in , telling me he was going to sign a contract with a major label for which he had great expectations. Unfortunately, Sam would die less than two months after this show!

So, here are the titles from this tour that I've been able to gather for my "Blue Eye" blog.

All titles recorded in during October 1969 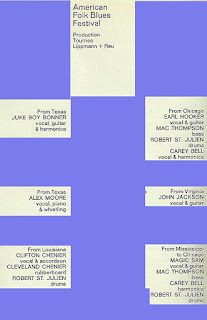