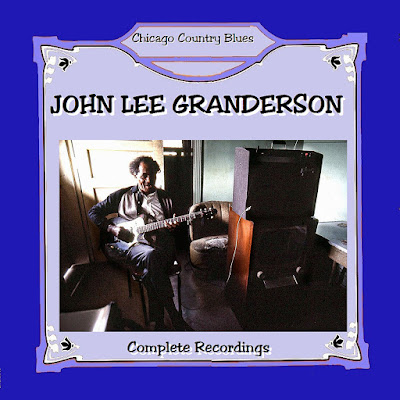 John Lee Granderson is certainly not a well known figure among blues fans today. But he nevertheless was a great country blues performer who recorded a strong series of sessions during the 1960's, thanks to the few blues researchers of that decade, namely Pete Welding who discovered him in Chicago and put him on the blues circuit for some years.

Granderson was born in Ellendale, Tennessee, April 11th 1913 and learned guitar and the blues with his father when he was nine years old, meeting in Memphis luminaries of the day and the place like Sleepy John Estes, Memphis Minnie and particularly Willie Borum who was a friend of the family. John Lee came in Chicago as early as 1928, learning car mechanic and making a living in several plants and garages. He didn't think himself talented enough to play professionally in the Chicago clubs but he regularly went to see and sometimes came to stage with Big Bill Broonzy, Jazz Gillum, Big Joe Williams or John Lee "Sonny Boy" Williamson. During the late 1940's, Granderson became a familiar figure at the Maxwell Street Market, making some extra dollars playing on the streets by himself or with every other bluesman he could meet like Robert Nighthawk or Johnny Young. This is where Pete Welding found him in 1962 and was impressed with his skills as a bluesman, guitarist and composer of some original blues like A man for the nation that Granderson had written after the assassination of John F. Kennedy. Welding then recorded John Lee quite prolifically during the following years, issuing those sessions on various anthologies. Granderson who had to quit the hard work of car mechanic due to an accident then tried to make an improbable living with his music, forming a little Chicago band with harmonica player Prezs Thomas. But the records didn't sell very well and he was rarely billed on concerts and festivals. In 1966, John Lee had to work as a janitor to make a decent living. 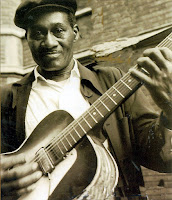 After a session for the fledgling Adelphi label alongside Big Joe Williams, Granderson quit definitively playing in public. He suffered a stroke in 1975 and died of pancreatic cancer in Chicago on 22 August 1979, largely forgotten from the blues world.